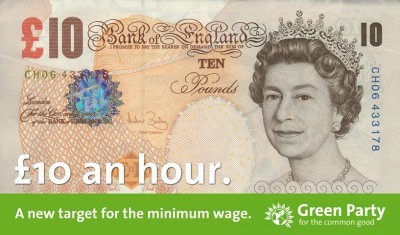 If searching for a segment of the UK labour market that would be disillusioned with a rise in the National Minimum Wage, the Small and Medium-Sized Enterprises (SMEs) sector is the obvious place to start. Defined as those businesses with no more than 250 employees and a turnover below €50 million, the members of this group are likely to offer lower wages and be less able to absorb an increase in wage costs than many of the nation’s larger firms. Surprisingly, a recent report has shown that a number of SME business leaders hold a remarkably sanguine outlook on the 20 pence rise in the minimum wage coming into force this October – the largest rise in real terms in 7 years. 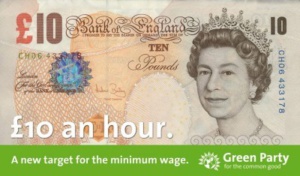 The report found that the directors of these smaller firms believed the static wage environment since the financial crisis, the lower costs of fuel and the favourable exchange rate with the Euro had made dealing with increasing overheads easier. They also recognised that their competitors in the UK would be facing the same challenges and appreciated the more general virtues of a sensible minimum wage for society at large. These individuals’ magnanimity in the face of increasing business costs is well-founded, as a paper published this February by the National Institute of Economic and Social Research and Centre for Macroeconomics, which analysed historical company data, states that “labour cost increases amongst low-paying firms may have been met by increases in labour productivity.” A point borne out further by a Financial Times columnist, who argues that the gradual rise in the minimum wage might have brought in better workers with better morale, and that this phenomenon could explain why the job losses predicted by opponents of the minimum have largely failed to take place.

A rising minimum wage has not been positive for businesses in every case though; a fact accepted by the man who first established the benchmark in 1999, Professor Sir George Bain. Some unemployment has occured in a few sectors, such as social care, where many are paid very low wages, and Bain notes that if the minimum wage were raised now to meet the ‘living wage’ – around £7.65/hour – then “widespread job losses” would likely follow.

This brings us then to the timely matter of this year’s General Election, and more specifically to the question of how prudent the minimum wage pledges made by some of this year’s election hopefuls appear to be. The mainstream left-wing parties all seek to raise it considerably, but the Green Party can be marked out for its particularly aggressive plans for the measure, with suggested increases to 60% of net national average earnings, £8.10/hour, rising to £10/hour by 2020. The party’s plans to raise the minimum wage in such a manner would seem to be built on assumptions that due to the net positive effects seen so far, the level at which it is set does not matter. This is surely misguided. The benefits that the minimum wage has created so far derive from the cautious approach taken by the Low Pay Commission when advising the government on an appropriate level at which to set it. And looking back to Bain’s warning, it would seem clear that there is a level at which the minimum wage will become counterproductive. To abandon the principle of caution when setting it, as planned by a number of this year’s candidates, poses a real threat to the health of the British SME sector.