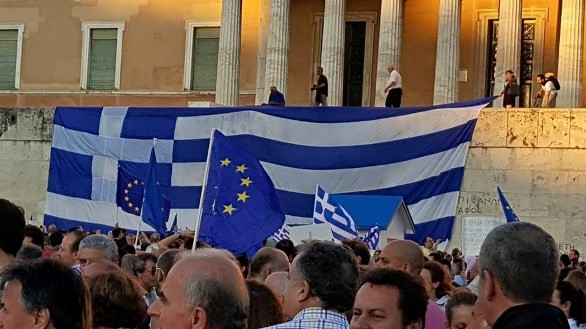 How will a “no” vote by Greece affect UK business?

The Greek debt crisis that has been troubling Europe since 2010 will come to a head this Sunday when the country holds a referendum on whether to accept the bailout conditions put forward by the so-called troika of lenders – The European Commission, The European Central Bank, and the IMF. The rather wordy question that will be put to the Greek people will require a ‘yes’ to accept the troika’s proposals and a ‘no’ to reject them. And whilst the ruling Syriza party has taken pains to stress that a ‘no’ vote will not necessarily precipitate a Greek exit – or ‘Grexit’ – from the single currency, this is indeed the outcome that many commentators believe would result.

Polls released today show the dual campaigns to be neck-and-neck in terms of support. But increasingly eminent figures, including Nobel Prize winners Paul Krugman and Joseph Stiglitz, have lent their clout to the ‘no’ vote. Both make similar arguments about the failure of the current package, which has led to a 25% decline in GDP, and the inability of the Greeks to devalue their currency to restore competitiveness as reasons to vote ‘no.’ More, they fear that adhering to the demands of the Greeks’ creditors will deepen the nation’s recession under an ever-increasing debt burden. 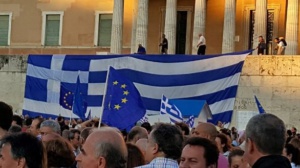 So a rejection of the creditors’ demands is a distinct possibility. And if these leading economists are to be believed, a return to the drachma may even be a desirable outcome if this occurs. Directly this would have a rather limited impact on UK businesses, as the Greek market represents just 0.55% of the UK’s global exports. But the repercussions of Grexit would be felt acutely by Britain’s biggest trading partner, the EU, and this would create problems. The fallout would clearly create fear and uncertainty in the currency markets which would erode the value of the Euro, making it more expensive for European businesses to import goods from the UK, whilst credit conditions would also likely worsen. The combined effect of these two events would be a fall in demand for British goods from the Eurozone. As John Longworth, Director General of the BCC, has put it “many UK businesses may be hit by the resulting market upheaval, changes in trade flows, and payment issues.”

The looming referendum presents a dilemma then. Whilst a ‘no’ vote appears the only long-term solution to Greek financial woes, the nation’s likely subsequent exit from the single currency would have a deeply negative effect on the Eurozone and its trading partners. UK exporters would be forced to find new markets for many of their goods which, in the current global economic climate, may not be a simple task. A tense weekend lies ahead.