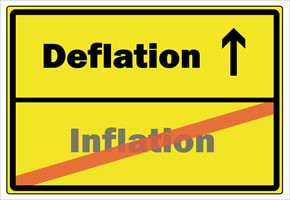 Does the UK’s low inflation present an opportunity for UK SMEs?

Despite UK interest rates plumbing historic lows, inflation fell negative this April for the first time since 1960. This is plainly an unusual occurrence, particularly in the face of such expansionary monetary policy, and has led some public figures to fret that it could be a “canary in the mine” of the UK recovery; a symptom of some underlying economic malaise. In truth though this gloomy outlook seems largely unwarranted, and Mark Carney has forecast that this deflationary blip will be forgotten by the end of year when inflation, he believes, will sit above 1%. Indeed, he has already been partially vindicated by news that inflation is now positive again – albeit at just 0.1%.

The Bank of England forecast should sooth fears of a Japanese-style deflationary spiral then. But this near-deflationary environment will likely remain a reality for the next few months. So will this period pose opportunities or threats to SMEs? Unsurprisingly, the answer is not entirely clear-cut. 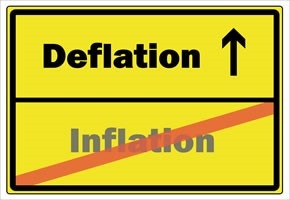 A low inflation environment certainly can bring many benefits to businesses, such as allowing them to capitalise on static costs to make large purchases at favourable prices. In fact, a recent poll published in Economia found that just under one third of SMEs plan to increase capital investment in the next 12 months, so it seems many small business directors have already acknowledged this. Most businesses will also benefit from energy costs remaining constrained, whilst those in the manufacturing sector specifically will profit from steady input costs. On the consumer side, the brief drop into deflation may act as a shot in the arm for business, with people’s increased purchasing power stimulating spending. And speaking more generally, the next few months will provide SMEs with a chance to reflect and streamline their expenditure in preparation for the point when inflation appears again and margins are squeezed.

So far, so good then. But at only 0.1% inflation a brief slip back into deflation remains a possibility, and this could be problematic. Most worryingly, a second dip could pique the thrifty instincts of consumers, causing individuals and businesses to postpone purchases in anticipation of lower prices rather than cashing in on good prices now. Whilst current forecasts make this seem unlikely, the message for SMEs is clear: take advantage whilst you can.