CBILs – Who will be the Real Winners? 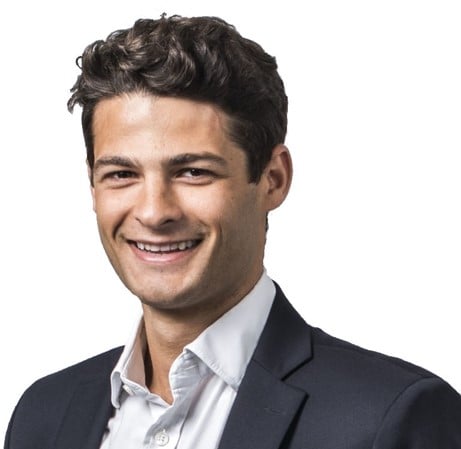 When Rishi Sunak announced his soon-to-be historic Coronavirus Business Interruption Loans (CBILs) scheme in March, he surely would have foreseen a great deal of excitement, some confusion, even inevitable disappointment from SMEs across the country.

Yet he probably didn’t envisage quite the same emotions flooding through the country’s diverse financial network as it slowly worked out the intricacies of a complicated policy with a misleading headline that initially suggested that the government would be chucking £330bil of debt into the mix.

Of the 40 (and ever increasing) British Business Bank-accredited CBILs lenders, the Big Four UK banks have stood out as the main protagonists. There seems little upside in referring to each by name, so I’ll refer to them as Bank A, B, C and D.

Tales of heroism and skulduggery slowly emerged as SMEs had succeeded or failed in securing the golden ticket: a six year loan, 12 months interest-free and a five year amortisation schedule at ultra-low interest.

Five weeks into the scheme (as of 28th April 2020), only £4.1bil of the much larger war chest had been distributed, with less than a 10% success rate for applicants. Compare this to the Bounce Back Loans (BBLs) scheme, more accessible to a wider group of lenders, which ensured £3.3bil was handed out on the first day the scheme opened. Read: almost no credit analysis, rudimentary one pagers for legal agreements, huge incentives from the government, and a natural diverse in the portfolio with no more than £50k exposure per Borrower.

CBILs has succeeded in pitting the Big Four banks against each other in a rat race to fill the six months of collective cash flow crises in the SME ecosystem.

ArchOver’s Loan Manager Gianfranco, touched on the fact that “no two banks are born equally” in his blog on Monitoring Loan Covenants, and ultimately the application of CBILs was always going to boil down to the individual Bank’s interpretation of the rules of engagement.

But should the banks be blamed for this? On the one hand, the pressure is there to support their clients and the government is offering unprecedented levels of support. Businesses desperately need (and in most cases deserve) support. Project-based businesses who had successfully tendered in early 2020 and geared up for delivering projects were left in the lurch at a traditionally manic point in the year, whilst Recurring Revenue businesses (such as those on subscription models such as SaaS) were forced to cut monthly fees to clients in order to avoid losing them for good.

Within the admittedly small sample size of the ArchOver portfolio, it soon became clear that those that banked with Bank A were the lucky ones who drew down loans quickly. This was achieved with innovative ranking agreements that would have unlikely been signed in the normal course of business, expedited credit decisions, refreshing proactivity at Relationship Manager level and pragmatic Credit Committees.

Those who banked with Banks B, C, and D were less fortunate. Issues ranged from ridiculously long application forms and credit metrics that were clearly impossible to meet, to Personal Guarantees that were particularly unfair given the financial overexposure most SME directors typically have in their businesses.

Those that did help, erroneously focused on only the most distressed businesses ahead of others which quickly became a self-fulfilling prophecy; the banks serviced the most stricken companies first and allowed solid businesses to slip further and further into a quagmire to become tomorrow’s problem.

Even though the criteria for lending seemed to vacillate wildly in the initial weeks post-roll out of CBILs, once things settled down it was clear that banks who were reticent to lend initially did not change tact drastically.

On the other hand, there remains the spectre of the inevitable scandal that will emerge from CBILs where banks have written poorly-securitised loans, profiteering from the Government’s guarantee only to return with unprecedented levels of defaults and a debt crisis.

In this hypothetical (likely?) scenario, Banks B, C and D suddenly come out swinging with tales of their prudence, sound judgement and AAA grade credit portfolios. Meanwhile, Bank A, will be lambasted in the media whose voracious appetite for a scandal will be met by a taxpayer bailout, humiliating losses and Sir What’s His Chops losing a £3mil a year pension... where was that £330bil they were promised?

One thing is certain: the plethora of armchair experts who tediously debate the “New Normal™” seem to overlook that fact that this new normal doesn’t just involve working from home and Zoom drinks, in place of sitting in the Leadenhall market at 11.00 on a Tuesday. 2020’s “New Normal™” may, in fact, look quite a lot like the fallout from the last time some of the banks got Credit slightly wrong.