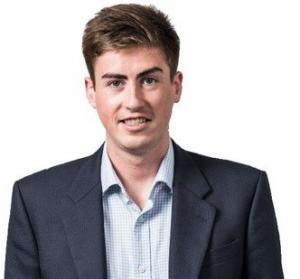 With 80% of food sales going through 5 major retailers you could be forgiven for thinking that this oligopoly is irreversible, however there has been a recent, dramatic rise in the popularity of farmers markets with UK consumers seemingly showing a keen interest in sourcing and buying their food directly from producers.

Farmdrop, a click and collect farmers market, was founded in 2012 with the aim of providing a space where people who make or grow food can sell it direct. One of the biggest problems faced by farmers in the UK is that by selling their produce to major retailers they are making significantly lower profit than if they were to sell it directly. One of the co-founders Ben Pugh reaffirms this by stating that Farmdrop allows for suppliers to keep ‘80% of the retail price of their goods, rather than the 50% they might make through traditional retailers’.

Farmdrop have turned to equity Crowdfunding in a bid to expand their number of ‘hubs’ across the UK from 5 to 60 with an end goal of 400 by 2017. They reached their £400,000 target within just eight days and have extended the campaign, it has currently raised £473,250 with 42 days left.

In what has been one of the most successful Crowdfunding campaigns in the UK to date it appears the Crowd are backing this innovative new approach to buying and selling food.